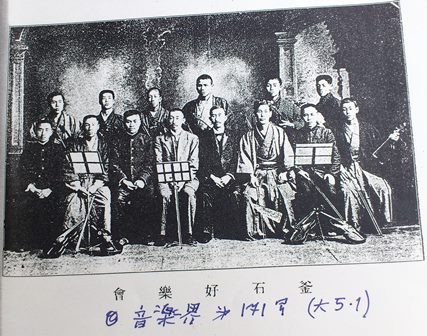 11 March 2015. Already 4 years have passed since the great earthquake and tsunami struck North-Eastern Japan. One of the hard-hit towns on the Iwate coast was Kamaishi, which was also destroyed in the Sanriku tsunami of 1896.

This picture I found by chance as I was going through the music journal Ongakukai, as part of my research for Not by Love Alone. Ongakukai was published monthly between 1908 and 1923. The caption of this picture from the January 1916 issue says, “Kamaishi Association of Music Lovers.” I am still hoping to find out more about this association.

With hindsight I could kick myself. For 18 months from 1987 to 1989 I lived within walking distance of Dôgenzaka slope in the hyper-hip Shibuya-district...read more →