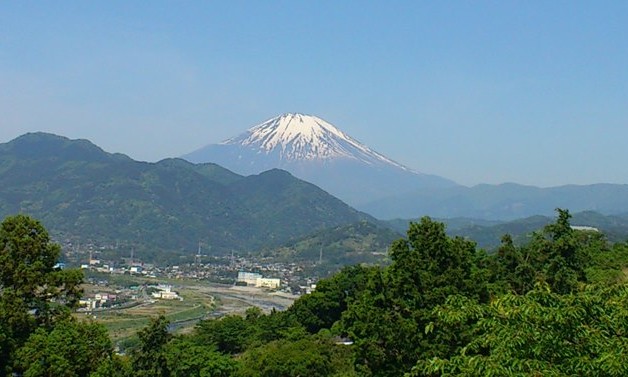 Both of this month’s violinists come from traditional gagaku families. Gagaku (court orchestra music) originally came to Japan from China and is closely associated with the imperial court. So it is hardly surprising that it was reorganized soon after the Meiji Restoration of 1868. Like so many things in Japan at the time, it was submitted to centralization, standardization and regulation.  The system of secret transmission was abolished and in 1873 the government decreed that everyone who wished to do so might study gagaku as long as they applied for permission.

Meanwhile, musicians from the traditional gagaku families were quick to see the signs of the times: Western-style military bands were increasingly heard in public performances or on ceremonial occasions. So from 1874 several gagaku musicians started studying Western music. By the time the Music Investigation Committee, the future Tokyo Academy of Music, opened its doors to students in 1880 several of the gagaku musicians had learnt enough to teach Western music themselves. 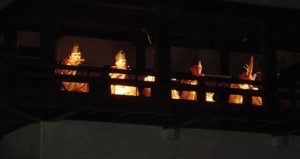 By the time ÔNO Tadasuke was born, students were making good progress. One of the Academy’s first graduates, Kôda Nobu returned from her studies in Vienna in the year of his birth to teach at the Academy. Ôno too studied and later taught and taught the violin at the Tokyo Academy of music (from 1926 to his death in 1930). He is best known as the composer of the song “Yoimachigusa” 宵待草 (“Evening Primrose”) published in 1918 (lyrics by TAKEHISA Yumeji 竹久夢二, who also designed many covers for the music publisher Senô. There are numerous recordings of this song about a person waiting in vain for someone (presumably their lover) to appear. Here is a link to a historical recording – unfortunately without information about the recording, but illustrated with slides of Takehisa’s works (at least some of them are).

TÔGI Yûji was born in Kyoto and completed his training in gagaku in 1946. In 1954 he graduated from what is now Tokyo University of the Arts, where he studied violin. After a short period in the Tokyo Philharmonic Orchestra he moved back to the Kansai (Kyoto/Osaka) area in 1956. He became a teacher at Sôai Gakuen and later at Sôai University. He also performed on the violin and conducted the college orchestra. He traveled to Europe several times to observe international violin competitions and take part in teaching seminars. His students at Sôai included Gotô Setsu, Midori’s mother and in her early years Midori sometimes performed at the recitals Tôgi organized for his own students.

Read more about the gagaku musicians’ role in the history of the violin in Japan in Not by Love Alone.

Even after finishing Not by Love Alone, I still wonder at the rapid spread of Western music in 19th- and early 20th-century Japan. Like others...read more →