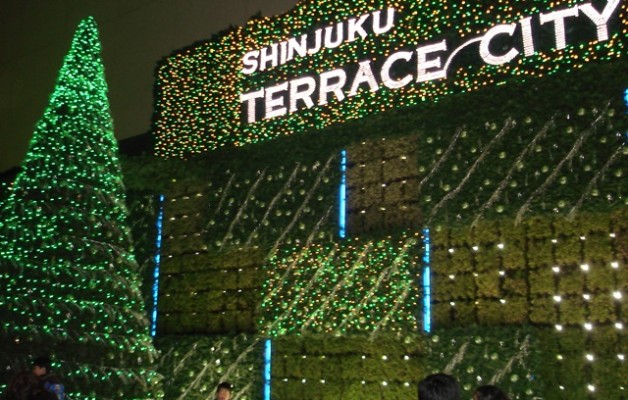 Andô Kô, together with her elder sister Kôda Nobu 幸田延 (1870-1946) was one of the women who pioneered violin playing in Japan. I have previously written a blog about them which you can read here.

Maehashi Teiko was one of the first violinists to win international competitions and enjoy an international career. After her return to Japan she made efforts to reach out to wider audiences and in recent years held regular afternoon recitals featuring mainly popular short pieces. I was lucky enough to attend her “Day Light Concert” in November 2013, at the Tokyo Metropolitan Theatre 東京芸術劇場, a huge arts centre. The concert hall is located high up in the building, but in contrast DR Koncerthuset here in Copenhagen, the planners of Tokyo Metropolitan Theatre understood how people move in concert venues, so the two long escalators move upwards when the concert starts and downwards when it ends. 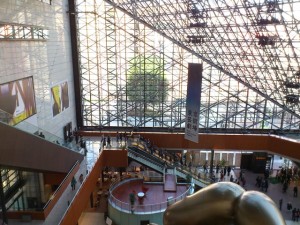 The vast hall was filled to capacity. Most of the audience was elderly, hardly surprising in the middle of a weekday. The advertised programme consisted of 12 pieces, mostly “the usual suspects,” such as Bach’s “Air on the G-String”, Kreisler’s “Liebesfreud” and Dvorak’s “Humoresque.” After Maehashi had concluded with “Zigeunerweisen”, someone sitting near me (on the third floor of the hall) shouted, “bravo.” We were treated to three encores.

I have to say, I don’t feel that recitals in huge halls really engage me. I did, however, admire Maehashi’s stamina and flair. Performing a large number of short pieces in different styles may well be more challenging than performing a couple of sonatas: “light” music surely means extra-hard work for the performer! 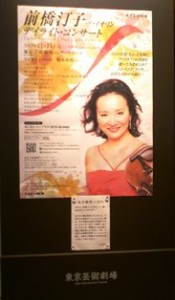 Read more about these and other Japanese violinists in Not by Love Alone.