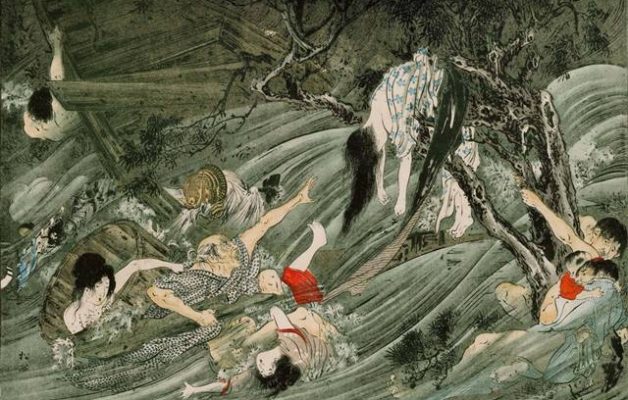 This week, on 11 March it will be ten years since the triple disaster – earthquake, tsunami, and the multiple nuclear meltdowns at the Fukushima Daiichi power plant – hit North-Eastern Japan. While the third was man-made and unprecedented, natural disasters, alas, are not new to Japan. The Sanriku coast has been hit by tsunami with depressing regularity throughout its history.

A particularly devastating one happened on 15 June 1896. The highest wave in 1896 is said to have reached over 38 metres – which makes one wonder about claims made in 2011 that the scale of the disaster was unprecedented and therefore unexpected – and over 22, 000 lives were lost, as many as in 2011, if not more. 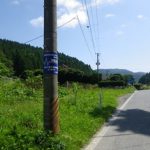 What may well have been unprecedented in 2011 was the number of charity concerts that the disaster gave rise too. In Copenhagen alone, at least 12 concerts were given in aid of Northern Japan over the following year, and one local Japanese musician continued to organize a concert every year around the date of the anniversary, until last year, when the lockdown resulting from the current pandemic meant that the planned event had to be cancelled.

Charity concerts, particularly for the benefit of disaster victims in other parts of the world, are a relatively recent invention even in Europe. In Japan, in 1896, concerts in general were still something of a novelty, and charity concerts all the more so. In April 1892 the country’s first magazine dedicated to music (Ongaku zasshi, with the additional English title The Musical Magazine) published an editorial on the subject, as well as a brief note that described charity concerts as a praiseworthy undertaking (bikyo 美挙).

After the tsunami in 1896 (by the way, contemporary reports called it a kaishô 海嘯, a word usually translated as ‘tidal bore’) several charity concerts were held. One was given by the alumni association of the Tokyo Academy of Music, the predecessor of today’s Tokyo University of the Arts, less than a month after the disaster. The concert featured both Western and Japanese music, a practice the Academy abandoned a few years later. Here is the programme,* published in English as well as in Japanese:

RELIEF OF SUFFERERS BY THE LATE TIDAL WAVE.

UNDER THE PATRONAGE OF

THE ACADEMY OF MUISC,

Tickets may be obtained at the door.

a “HOME IS SAD WITHOUT MOTHER.” … Webster.

8 Song with Violin and Piano Accompaniment:

10 Violins with Piano Accompaniment (members of the Gakuyûkai): 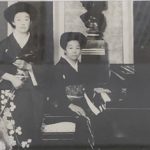 The Kôda sisters in later years

The performers include the pioneering sisters Kôda Nobu and Kôda (later Andô) Kô. Nobu (1870-1946) was the first Japanese to be sent abroad by the government specifically to study music and had returned the previous year after one year in Boston and five in Vienna. Her sister Kô (1878-1963), the second government-sponsored music student, studied in Vienna (1899 to 1900) and Berlin, returning to teach ad the Academy in 1903. At her graduation concert a week after the charity concert, on 11 July she played, she she played Vieuxtemps’ Fantasia-Appassionata (Largo-Saltarelle), according to the programme.

I’ve written about them previously, both in a series of blogs https://www.violinist.com/blog/Ku92me/20113/ and in my book, Not by Love Alone.