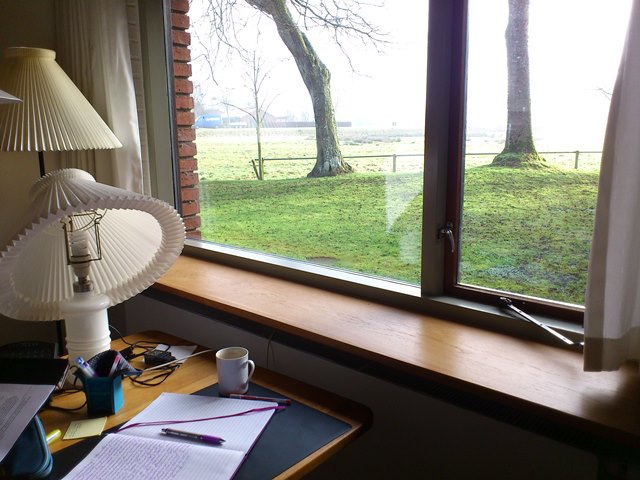 Currently I have two book projects on the go, although I’m concentrating my efforts on the first at the moment.

As I was finishing Not by Love Alone, I began to work on another book about music and modern Japan. My ideas about the book have evolved since then, and will almost certainly continue to do so until my very final draft.  However, after many  revisions, I have nearly completed the work and have begun to contact publishers.

So, here is my current outline:

Music and the Making of Modern Japan 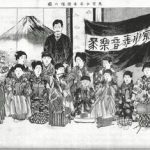 Japan impressed the world by the speed with which it became a modern nation that could compete with the Western powers on their terms. The country’s rise to a major player on the stage of Western classical music has been equally spectacular. In Music and the Making of Modern Japan, Margaret Mehl presents and discusses musical modernization in the context of globalization and nation-building and argues that far from being a side-show, music was part of the action on centre stage; an important vehicle for empowering the people of Japan to join in the shaping of the modern world. The book centres on the period from the 1870s to the early 1920s, by which time Western music was widely heard and played. Standards of performance of European art music had begun to reach that of some European countries. Meanwhile, the emerging genre of modern popular song (closely linked to the growth of the global record industry) successfully blended inspiration from the West with musical characteristics perceived as Japanese. As in other areas, the ambitions of the Meiji reformers had largely been fulfilled, and the foundations for Japan’s contributions to the global music scene were laid.

Music and the Making of Modern Japan represents a fresh contribution to historical research on musical activity as an important aspect of cultural and social history, as well as to the history of modern Japan in a global context.

Part One: Global History, Modernity, and the spread of Western Music

Chapter 2: Under Reconstruction: Japan, the United States, and the European Model

Chapter 3: The Case of Japan

Chapter 4: From Rites and Music to National Music

Chapter 10: Kate I. Hansen: Musical Missionary and Musician with a Mission

Chapter 11: The World in Sendai

For my next book project, I am hoping to edit and publish selected writings of Kate I. Hansen. Kate Ingeborg Hansen (1879-1968), a native of Logan, Kansas, spent most of her life as a missionary and music teacher in Sendai in Northern Japan. In the over 30 years she spent there from 1907 to 1941 and then again from 1947 to 1951 she not only did much for music education in the provincial town. Her letters and other writings reveal her to be an astute observer of musical culture in Sendai as well as a lively writer. I will certainly devote a chapter to her in my new book, Music and the Making of Modern Japan, but her writings deserve a wider audience. This project, however, depends on my locating the copyright holders and receiving their permission, so fingers crossed!

Finally, I am still fascinated by the lives and activities of Meiji people in general, even though I’ve shelved a previous book project, playfully entitled ‘The Meiji Miracle’. How did these people cope with the upheavals their country experienced in the late nineteenth and early twentieth centuries? How did they face the future in a present which seemed to be so different from the past that the past no longer appeared as a useful point of reference? – I started writing short biographies of selected Meiji Japanese from different areas of life with a view of turning them into a book. I had already published a series of short biographical articles covering the entire history of Japan for the German Japan-Magazin, published by the late Dieter Born. I actually completed a manuscript, but finding a publisher proved a challenge and at some point I lost momentum and turned my full attention to what eventually became Not by Love Alone. However, a few months ago I presented the prospectus to the members of a staff writing group and received some valuable suggestions.

I was too busy with my other projects to attempt the thorough revision of the manuscript in time for the 150th anniversary of the Meiji Restoration. Instead, I started mining the manuscripts for possible blog posts and have posted blogs about Ogawa Masataka 小川正孝, Tanaka Shôzô 田中正造, Sakamoto Ryôma 坂本龍馬, Tokugawa Keiki 徳川慶喜, and Yoshida Shoin 吉田松陰 and others. The anniversary year has passed,  but so much happened in the Meiji period (1868-1912) that for the next 44 years there’ll be some kind of ‘Meiji 150’ anniversary every year. I haven’t posted another biography for a while now, but I intend to continue the series (on and off!).