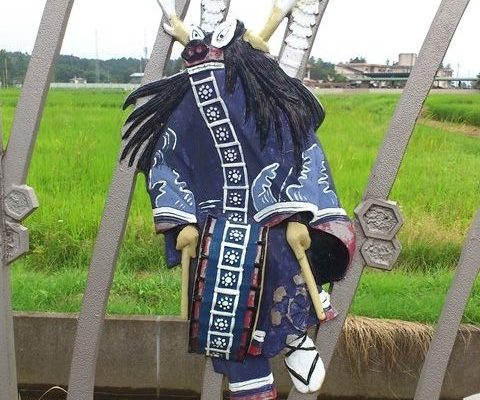 The timing of the publication of Bushido could hardly have been better. Years later, Nitobe claimed that he invented the term, and even the eminent scholar of Japan, Basil Hall Chamberlain, for once overshooting the mark, stated in his essay, The Invention of a New Religion (1911) that it had not existed before the appearance of Nitobe’s book. However, several books with ‘bushido’ in the title appeared around the same time, which cannot be called imitations of Nitobe’s. The 1880s and 1890s saw a renewed interest in Japanese traditions, including bushidô. 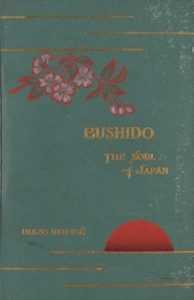 Having recovered from his illness, Nitobe took up an appointment with the colonial government of Taiwan in 1901. The two years he spent there gave him scope to work in an area for which his training at Sapporo had prepared him and earn himself recognition as an expert in colonial policy. Nevertheless, in 1903, Nitobe returned to education. He became a professor in the law department of Kyoto Imperial University in 1903, the principal of the First High School in 1906, a post he held concurrently with a professorship at Tokyo Imperial University from 1909 to 1913.

During his tenure at the First High School, Nitobe sought to temper the chauvinistic elitism and brutal roughness of his students with an education promoting an ‘emancipated liberal spirit’ and a sociable openness towards the world around him. His efforts were not well received, and in 1913 resigned in response to the allegations of letting the school degenerate into emasculation.

He began to devote himself to women’s education and wrote for various women’s magazines. Although in Bushido he appears to defend the low status of women, in his writings on education for women, he stated that women should receive the same sort of education as men and called for an expansion of their rights in the public realm. Tokyo Women’s Christian University, of which he became president in the year it was founded (1918), catered for women who wanted to be independent and take responsibility for their own lives.

Soon, however, Nitobe’s career again took a new direction. In 1920 he was appointed Under-secretary to League of Nations. For the next six years he became the League’s most effective publicist and speaker, who seemed to embody the ‘Geneva spirit’ better than anyone else. His Western education, his excellent English and pleasant manners made him one of the most universally esteemed men in Geneva. At parties the guests voted him the most popular, and a professor of Columbia University, who knew him at the time, called him ‘one of the finest gentlemen of any nationality I have ever met.’ 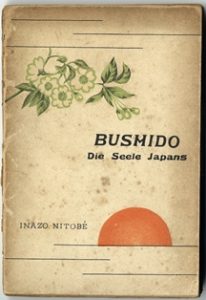 After retiring from the League in 1926, Nitobe continued to write for the wider public, and to work for international understanding as the chairman of the Japan branch of the Institute of Pacific relations (IPR), established in 1925 with the aim of preserving peace in the pacific. From his appointment in 1929 until just before his death in 1933 he led Japanese delegates at three international conferences, in Kyoto in 1929, Shanghai in 1931 and Banff, Canada in 1933.

But the warrior for peace was fighting a losing battle, as Japan’s political leaders, increasingly influenced by an aggressive military, turned from international cooperation to isolation and finally war. In Shanghai, less than a month after the outbreak of the Manchurian Incident, Japanese and Chinese delegates stormed at each other, and over the next two years the international situation became more and more tense.

Unable to shake off his belief in benevolent colonial rule, and threatened with bodily injury even when he did criticize the Japanese government, Nitobe expressed himself ambiguously. As a result, his reputation as a champion for international cooperation and understanding was compromised. His health suffered, and a few days after the conference in Banff he collapsed in Victoria and died in hospital a month later.

Nitobe received a hero’s funeral and the posthumous order of the Sacred Treasure, First Class. Bushido, meanwhile, was invoked in Japan to promote a warlike spirit and to induce countless young men to give up their lives in a gruesome, unjust, and ultimately futile war of aggression.

Today, over a hundred years since Nitobe Inazô wrote Bushido, the term still for some people epitomizes that which makes the Japanese unique, different from, and even superior to other peoples. This is hardly what the author intended. Nitobe, by describing what he considered to be the essence of Japaneseness, hoped to show the West, ‘that the Japanese are not really so different, that you can find similar ideas to those of the Japanese even in the West, though under a slightly different guise, and that there is no East or West as far as human beings are concerned.’

In 1916, the famous writer Akutagawa Ryûnosuke (1892-1927), who attended the First High School while Nitobe was principal, wrote a short story entitled Handkerchief. Its main character Kinzô Hasegawa, a headmaster whose life closely resembles Nitobe’s, sits on the veranda of his home reading the Swedish playwright August Strindberg’s discussion of dramaturgy and contemplating the elegant Gifu lantern purchased by his American wife. His servant announces that a lady unknown to him has called. She turns out to be the mother of one of his students, who has come to tell him that her son has just died. The lady speaks with an even voice and a slight smile on her lips. Mystified, Hasegawa remembers the mixture of perplexity and pity he felt years earlier as a student in Berlin, when he witnessed the extravagant display of grief by his landlady’s two small children at the death of Emperor William I. But when Hasegawa picks up something from the floor, he notices that the lady’s hands are crumpling a silk handkerchief; despite her smile ‘she was crying with her whole body.’

Later, Hasegawa tells his wife about this superb example of bushido, about which he has published a book. Deeply impressed, he plans to use the incident in his next moral lecture. However, when he returns to Strindberg’s book where he left off, he reads about the actress Johanne Heiberg’s performance as an example of inappropriate mannerism:

‘even while she smiled her hands ripped her handkerchief in two: an ambiguous performance. This we call silly affectation.’

Perhaps Bushido tells us less about ‘the soul of Japan’ than about the two souls that struggled in the breast of Inazo Nitobe and so many other men and women of Meiji.