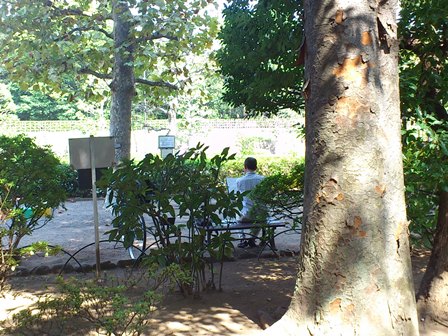 Urushihara Asako’s career is in many ways typical of that of many leading violinists of her generation: study at Tokyo Geidai (University of the Arts) and Juilliard, prizes at numerous national and international competitions, solo performances with orchestras around the world, recitals, recordings. She is Associate Professor at her alma mater, Tokyo Geidai.

Mori Yûko is one of the many violinists who trained at Tôhô under Saitô Hideo and Sumi Saburô before continuing her studies abroad. For most of her career she has been based in France, although from 1983 she has also performed regularly in Japan and worked to promote French music. Her activities include the establishment of the Nagaokakyo Chamber Ensemble in Kyoto 長岡京室内アンサンブル and CEM (le Chemin pour l’Espace de la Musique音楽への道), a non-profit organization to promote musical development through various educational and performance projects.

Sumi Eriko was one of her grandfather Sumi Saburô’s last pupils: he reportedly began teaching her when she was only 1 ½ years old. Her father Takeaki 鷲見健彰 (Sumi Saburô’s son) and her mother Nobuko were also violinists.  Later Sumi Eriko studied with Dorothy DeLay at Juilliard, like Urushihara Asako and several other Japanese violinists. She now apparently divides her time between Italy and Japan (her website is not up to date; the Japanese version has flyers for recent concerts in Japan). 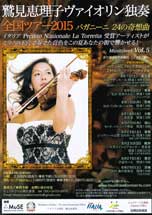 Western violinists with a connection to Japan born in September include Jacques Thibaud (27 September 1880). When he died in a plane crash on 1 September 1953, he was actually on his way East and his Japanese fans were looking forward to hearing him in concert – some of them for the third time, as he had previously toured Japan in 1928 and 1936. SUZUKI Shin’ichi wrote about the shock he experienced when he learnt about the crash in Nurtured by Love. The leading music critic NOMURA Kôichi  野村光一 (1895-1988) kept his ticket to the scheduled recital as a memento.

For more about Japanese violinists, see Not by Love Alone!