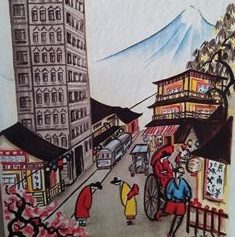 While reading Maruyama Masao’s early article on Ultranationalism, I came across the title, Das Land der Nebeneinander. I don’t think Maruyama mentions the author, but she was easy to identify (there seems to be no other likely candidate); there are several useful webpages about Alice Schalek (1874-1956), and I was able to borrow the book, published in 1925, on ILL from the Royal Library in Aarhus. The title – and the artwork on the title page – suggest the usual cliché of Japan as a land where complete opposites (usually characterized as ‘traditional’ and ‘modern’) exist side by side. But the book itself is far more interesting than title and artwork suggest. 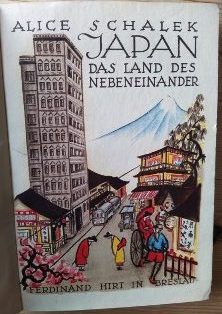 Schalek arrived in Japan on 1 January 1923 and left before the Great Kanto Earthquake in September that year. She had travelled to Japan more than ten years earlier and thus was witness to the profound changes the country had undergone since the last years of Meiji. The first world war, moreover, in which she herself had gained fame (and provoked criticism) as a war reporter in Southern Tyrol, had changed relations between the powers, and Schalek saw this reflected in the relations between foreign expats of different nationalities as well as between Japan (arguably, the biggest winner in WW1) and Western nationals. A pioneering female journalist with a strong interest in feminism she was particularly interested in the women’s movement in Japan and met several of its leading representatives. 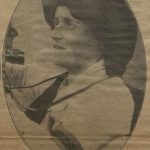 From Japan, Schalek continued to Korea and Manchuria. Her voyage resulted from a meeting with the president of the South Manchurian Railway Company. He heard that Schalek travelled to Japan with the first German passenger ship to East Asia after WW1, on the invitation of the Hugo Stinnes Company so that she would report on the event. Schalek was invited to travel on the company’s steamship and railways in order that she could report on Japan’s activities and achievements on the continent. The Company could do with a bit of favourable publicity: protests against the ‘Twenty-One Demands’ with which Japan had enforced major concessions from China in 1915 had led to a widespread boycott of Japanese goods in Asia, which elicited sympathy in the European press.

Schalek duly boarded the South Manchurian Railway’s new ship from Shimonoseki, which connected to a state-of-the-art express train in Pusan. The train took her via Seoul, where she stayed in the company’s luxury hotel ‘Yamato’, and Pyonyang to Mukden (now Shenyang). Contrasting her comfortable journey with the one she made a decade earlier she describes the railway line and the developments along it as a stream of culture flowing through the former wilderness – presumably just the sort of thing her sponsors wanted to hear from her.

In Shenyang Schalek interviewed the warlord Chang Tso-lin (Zhang Zuolin) who gave her a signed photograph. Although she described him as an illiterate bandit, she admired his rise to power and suggested that maybe China needed a man like him to unify the country. 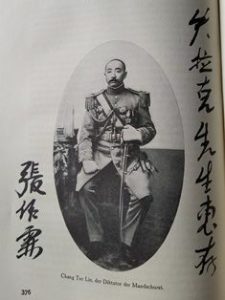 She continued to Fushun where she was shown around the highly industrialized development of coal mining by the South Manchurian Railway Company as well as its modern electricity plant. She was even more impressed by Dairen (now Dalian), where she spent a week, ably guided around the harbour city’s modern industries by a daughter of Tsuneko Yamada Gauntlett (ガントレット恒 1873 –1953), one of the pioneers of the women’s movement whom Schalek had met in Tokyo. In Harbin, she had the chance interview Russians, a first for her, as she remarks. Finally, she boarded the Japanese steamship Sakaki from Dairen to Shanghai, with a stopover in Tsingtao where she lamented the loss of the German colony, before boarding another Stinnes steamer bound for Europe.

As a war reporter, Schalek been criticized harshly for characterizing the world war as a force of modernization. Her not uncritical, but largely positive account of modern transport systems and factories built by the Japanese in Korea and Manchuria, which represented the Japanese as harbingers of modernity, can, of course, also be criticized. But she also tells another story: one of Manchuria as a land rich in resources, where economic greed, imperialism, rivalry and envy between nations, politics and petty commercialism contrast starkly with the lofty idea of self-determination. ‘The immediate consequence of the interpretation of the new buzzword of the peoples’ right to self-determination, however,’ Shalek asserted, ’is that the inhabitants of Manchuria have to starve.’ (P. 398) This too, she described as a kind of ‘Nebeneinander’ (p. 402)

In fact, Schalek refers to the ‘Nebeneinander’, the co-existence of contrasts, several times in the book, and her observations go well beyond the clichés depicted on the title page. She perceives Japan as being very much in a stage of profound transition in all areas of life. Schalek, moreover ends her book by reflecting that ambiguity may well be said to characterise the Germans, and indeed, every people, even while re-asserting that ‘Nebeneinander’ prevails in Japan more than in any other country. 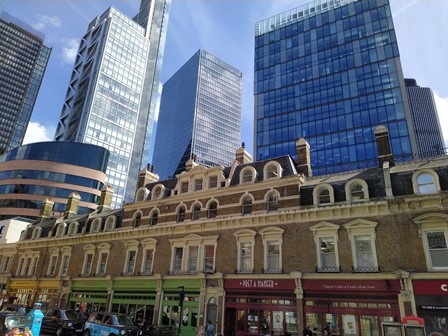 ‘Nebeneinander’ in London, Liverpool St. (photo by the author, June 2022)

NB for some reason, the supplement is with the  25. Juli 1917 issue of the Leitmeritzer Zeitung